A 2" waterline break eroded backfill from behind a Mechanically Stabilized Earth Retaining wall at this condominium complex in Incline Village, NV.  There was no access to replace the eroded soil due to steep slopes and condominium built directly overhead.  Concrete or grout would have weighed enough to cause the retaining wall to fail.  The solution was to pump 20PCF Cellular Concrete. 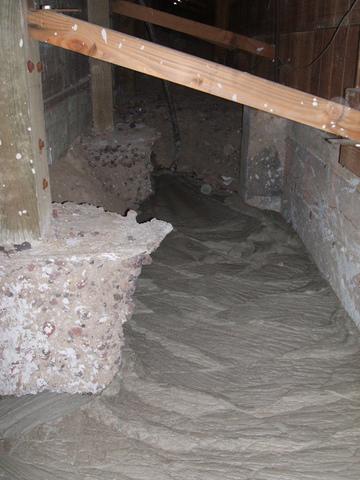 This picture shows the void under the condos filling with cellular concrete. 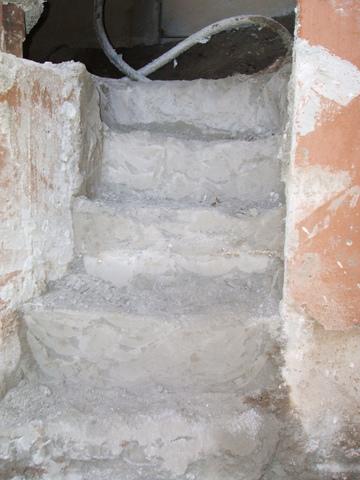